There are many beautiful mosques (masjid) in Brunei.

In this article you can see photos of the most splendid mosques of the Sultanate of Brunei.

and last but not least,

Certainly, one of the most beautiful mosques (masjid) of Brunei is KG Madang Mosque.

It’s a blend of Malay and Islamic architectural style.

Moreover, the roof and the domes are in pink and, for this reason, it looks fantastic during the blue hour. Kampung Manggis Madang.

Jame Asr Hassanil Bolkiah is the largest mosque in Brunei. It has golden domes. It’s in Bandar Seri Begawan.

While this beautiful mosque (masjid) is right next to the entrance of Brunei International Airport, it doesn’t hide its splendid architectural style.

It’s located in Kampong Ayer, the waterfront on the Brunei River.

Are you fascinated with water villages in Southeast Asia like Kampong Ayer on the Brunei River? Then, you should check out my photo article about it.

The Masjid Ash-Shaliheen, the newest mosque built in the Sultanate of Brunei as in 2017, is at Jalan Kumbang Pasang.

The mosque’s design recalls the Moorish Andalusia architecture. As a result, it’s unique compared to the other equally beautiful mosques in Brunei.

Certainly, it’s by far my favourite amongst the beautiful mosques (masjid) of Brunei. The atmosphere inside the mosque is relaxed and serene.

Finally, the Sultan Omar Ali Saifuddien Mosque is the Royal Islamic mosque located in Bandar Seri Begawan. The capital of the Sultanate of Brunei.

It’s one of the most beautiful mosques (masjid) in Southeast Asia.

Its main dome is decorated with pure gold and its minaret is made of Italian marble. 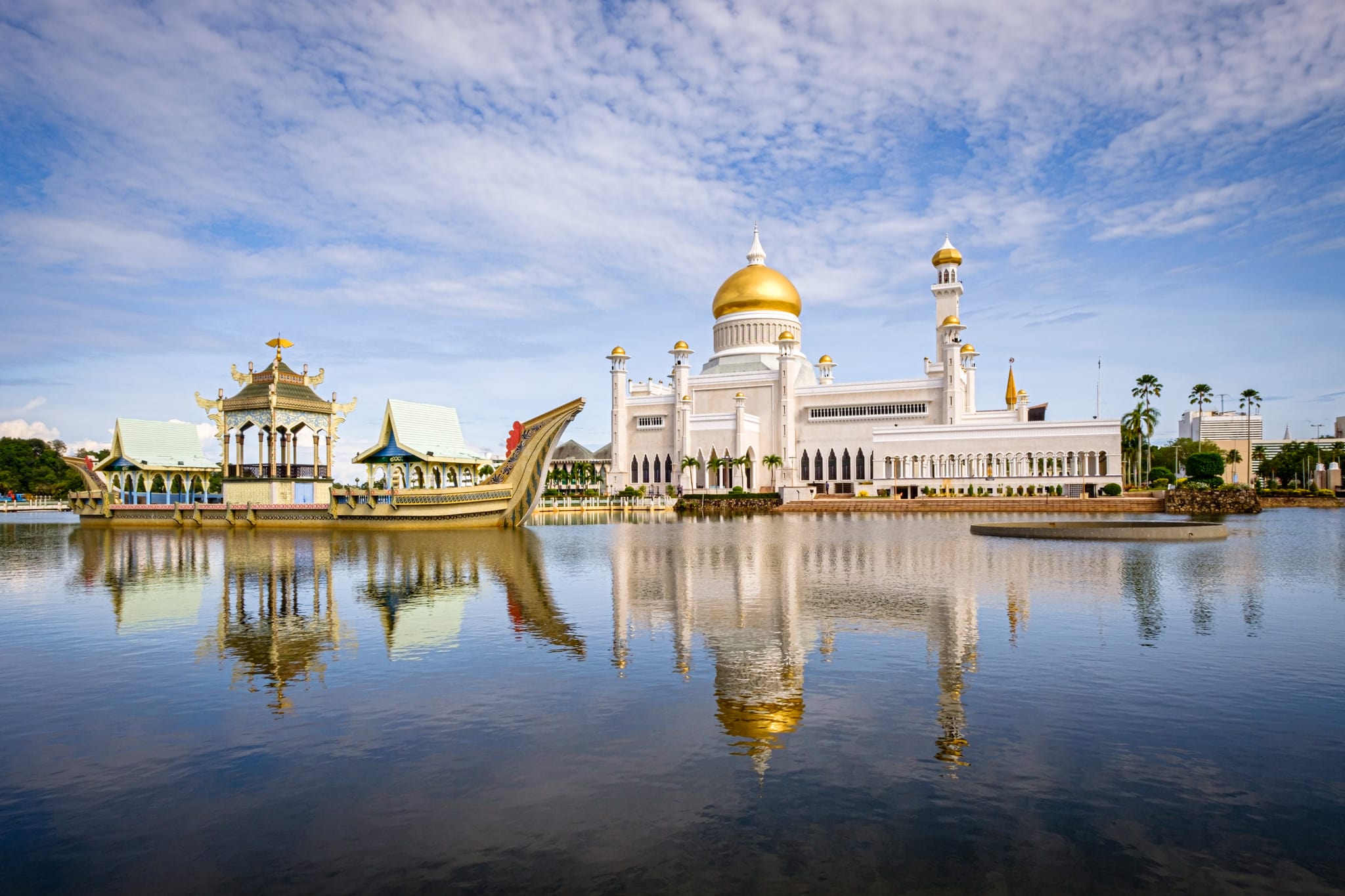 Wudu, the “partial ablution”, is the Islamic method for washing parts of the body, which is a type of ceremonial purification. So, people wash themselves at the Wudu area before prayer.

If you have enjoyed this gallery about Beautiful Mosques (masjid) of Brunei, then you may also check out my other two posts about Brunei:

In addition, you could visit my page on Brunei as well.

EUGENIO CORSO (born Cosenza, Italy) is based in Bangkok, Thailand, the heart of Southeast Asia. He studied photography at Kingsway College in London (UK) and later shot landscapes in Cornwall and Wales.

END_OF_DOCUMENT_TOKEN_TO_BE_REPLACED

Join Me On Social